Crash upon opening the server browser

MMagicMeep
July 2015 edited July 2015 in Support
Hello,
Before I go into detail as to when the problem occurs, I'd like to say that I made no adjustments to the game (purposely) that would've caused this. Yesterday it was working fine, and I haven't changed anything since yesterday.

Every time I attempt to open the server browser in game, I get an unhandled exception.
The server list loads for a few moments, and before it finishes, the game crashes.
Here's an image of the UE: 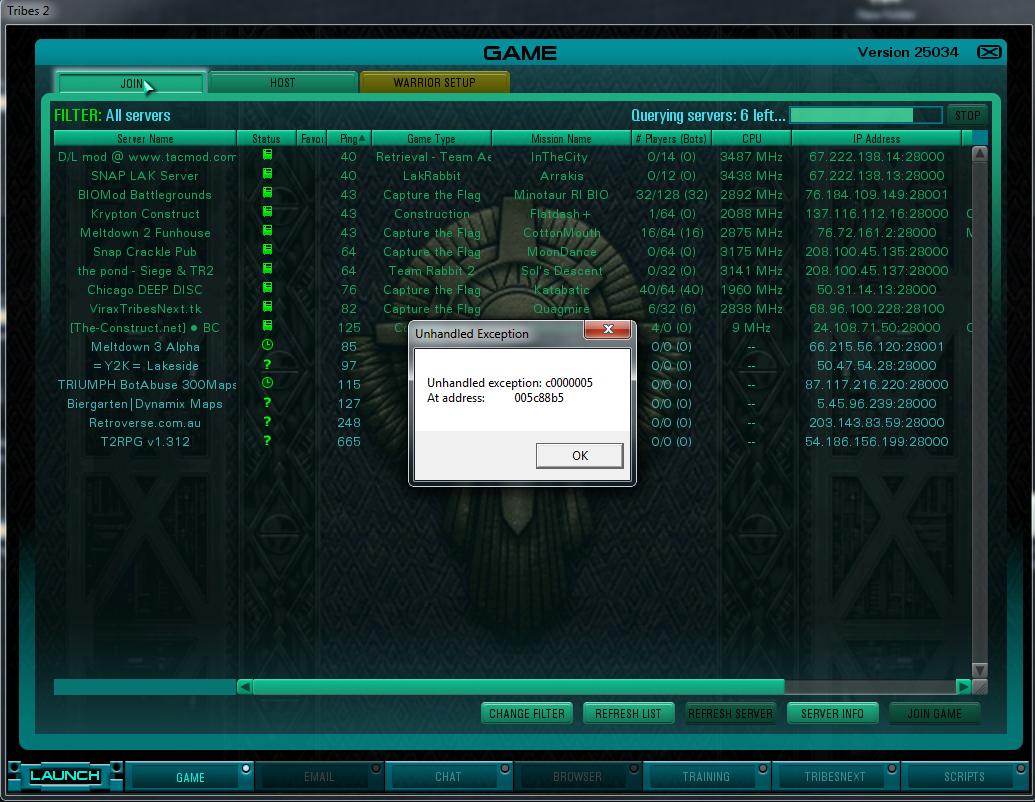 Attempted fixes:
I've tried the old simple solution of "turning it off and on again"
I've reinstalled the game three times
After reinstalling so many times, I deleted that installer due to the posibility of it being corrupted, and downloaded a new one. Same UE occurred.
Scripts I use:
SSInterpolate
Hudmover
MortFOV
DXTracer (ECM)
Map packs

Edit: My brother is having the same problem. He has all the same scripts as me, except for Hudmover.
For now, he told me to use this command and we could just directly connect to the SCP.

You can find IPs here, if anybody is having a similar problem http://www.tribesnext.com/#servers