Two months ago the Boxedwine project (https://github.com/danoon2/Boxedwine) came on my radar (after it was posted to Hacker News). It's a combination of a new emulator for 32-bit Intel x86 CPUs (of the Pentium 3 vintage), a Linux shim layer (ELF loader & partial system call implementation), and Linux builds of the Wine project (stock-ish 5.0) that can run on Windows, Mac OS, Linux, and also in the browser (via Emscripten toolchain).

It's borderline insane, but in short, it's a way to run unmodified Windows applications that supports standard web browsers. It piqued my interest, because it creates a path to being able to run Tribes 2 in the browser without installation, and creates a sustainable method of running the game as computers rapidly lose compatibility with early 2000s 3D games (modern GPU drivers on Windows isn't even a sure thing for this game anymore). With some extra work, this can even include multiplayer, as well as single-click URLs to join games.

However, I do want to temper expectations, because this won't be ready to fly any time soon. I built a version of this for my MacBook (Air Mid-2020 Intel), and have some findings.

My intuition is that the frame rate is somehow tied to the way the game polls the mouse input device when in game, since I'm getting between 30 and 60 frames per second in the game UIs, and not from the compute requirements of game logic or the rendering pipeline. I remember that T2 always had a tendency to spin-loop a full CPU core, rather than yielding when done for a game tick -- this might be especially bad when using this CPU emulator, and could be resolvable by additional patches to the game.

As a silver lining, though, my Mac build of Boxedwine used the slowest emulator mode (interpreter; no JIT), which I guess shouldn't be too far off from the possible WebAssembly performance (which might be only 10-20% slower).

I've attached a few screen shots from my experiment this evening.

Installing the game via the Wine-provided Explorer clone: 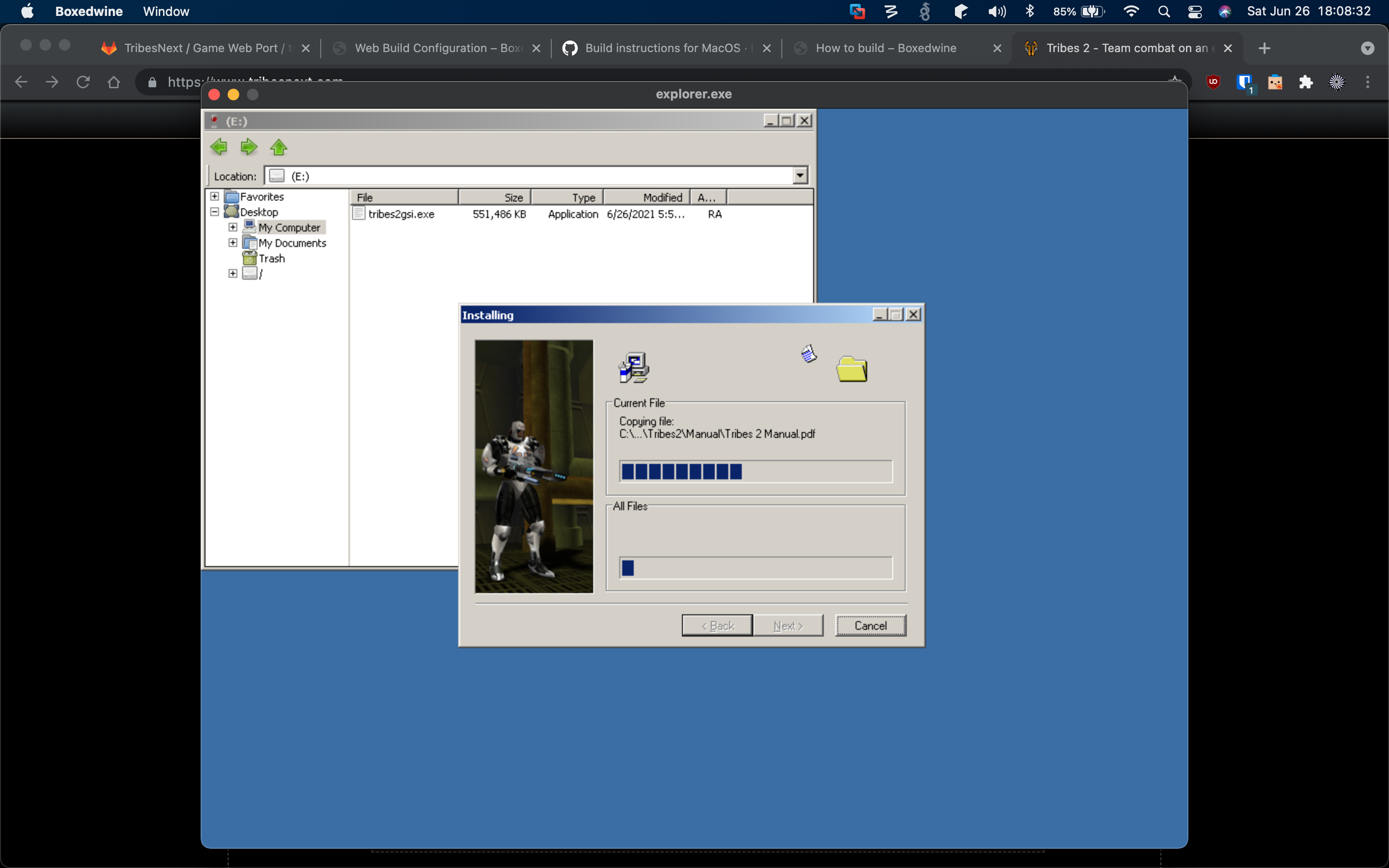 OpenGL and extensions as the game saw them on first launch: 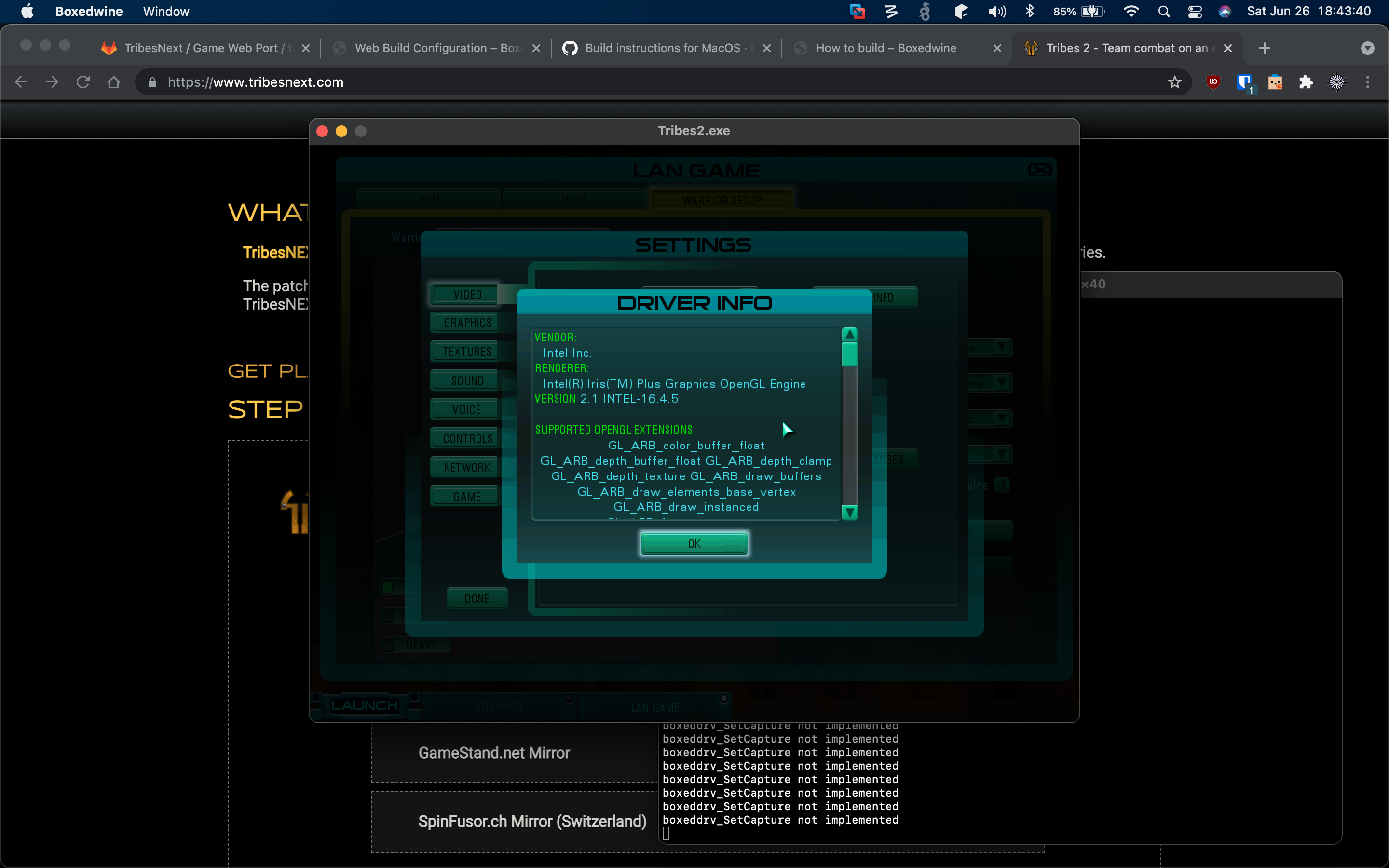 In game, with graphical glitches: 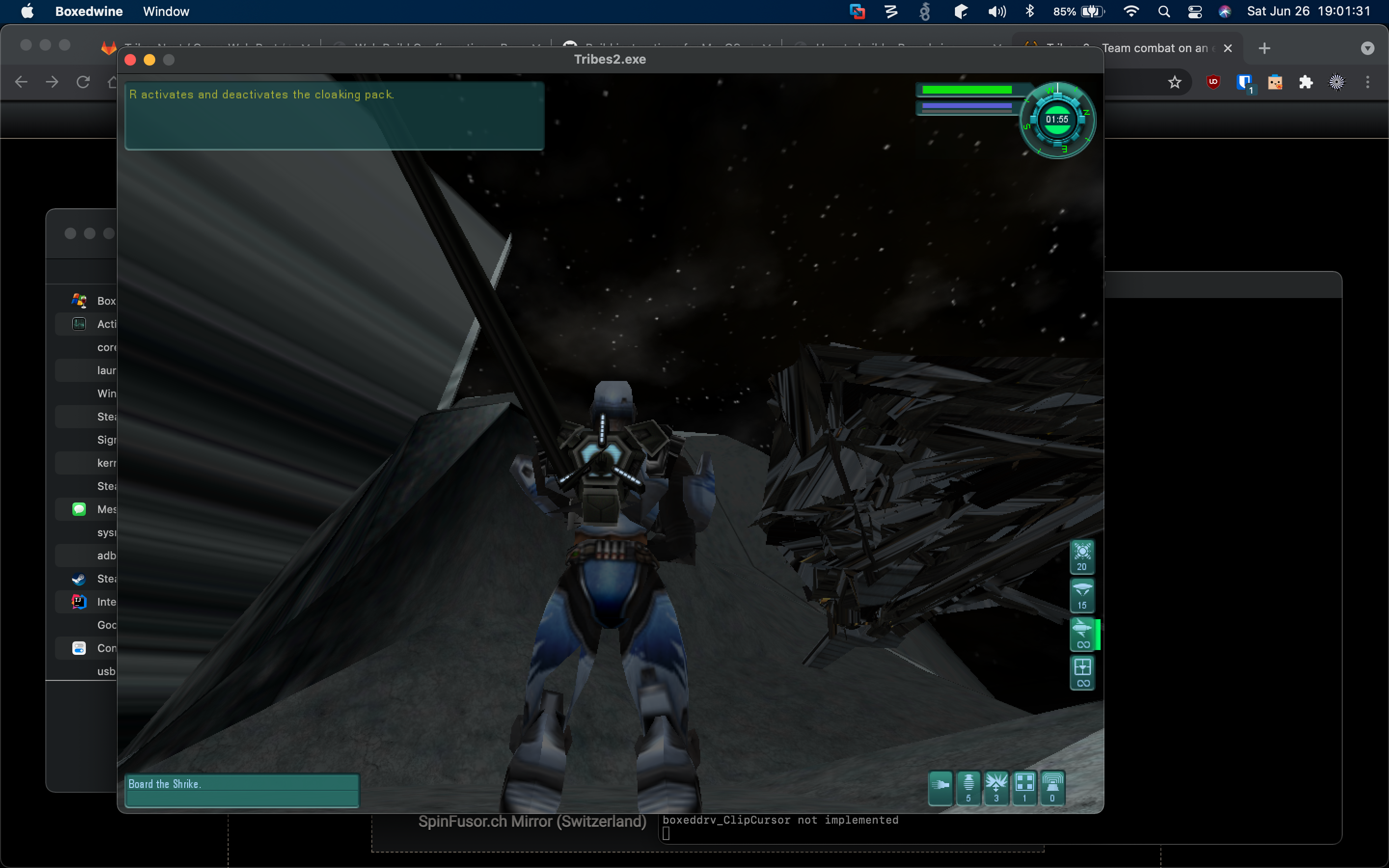 Console showing how bad the frame rate is in game: 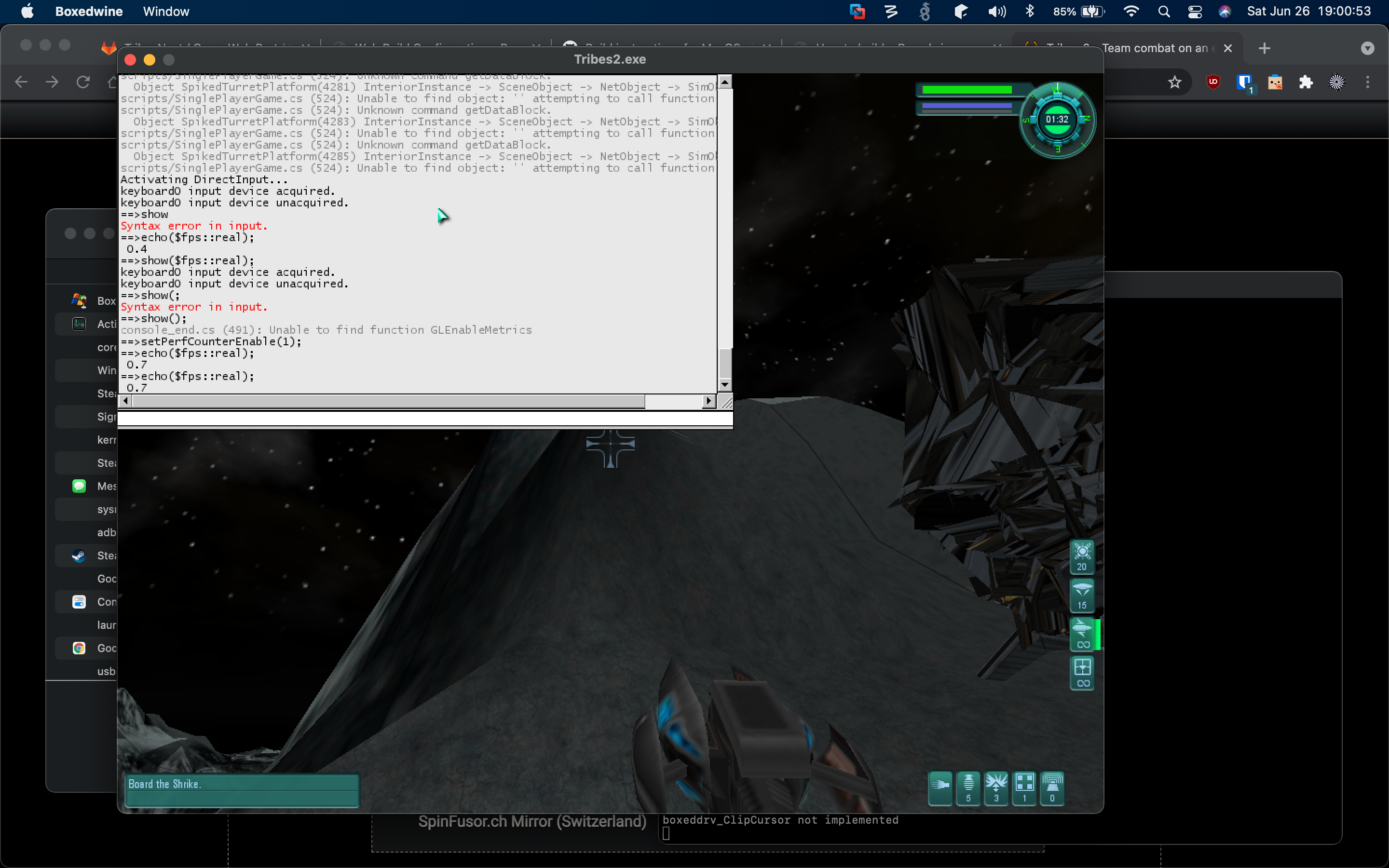 Not too terrible FPS in UIs:

Broadly, this is the list of action items that would have to be solved for this to ever get off the ground:

Would be cool if we could get it working. Those two "Hard" items are quite brutal though.